BBC1’s The Greatest Dancer and Channel 4’s Flirty Dancing are going toe to toe for audiences. But can they fill Strictly’s shoes?

The new year starts with two new dance shows to fill the Strictly gap: BBC1’s talent contest The Greatest Dancer and, starting on Thursday, Channel 4’s new dating show Flirty Dancing, in which Ashley Banjo choreographs dance routines for two strangers who meet for the first time on the dance floor to see if sparks fly.

Strictly has proven that dance can hold its own on primetime TV. Or has it? Clearly nobody involved in The Greatest Dancer believes that dance alone can keep our attention, hence the repeated cutaways to audience reactions, the backstories, the family members appealing for votes, the green room chats with the “receptionist”, the big reveal format where the studio mirror parts to reveal the audience. It’s all a jumble of things familiar from other programmes. There’s so much padding that dance barely gets a look-in.

But perhaps the producers know what they’re doing. After all, a show that did focus more on dance, So You Think You Can Dance, which has been running for 15 seasons in the US, flopped after two series in the UK despite featuring some brilliant performers. Anyone who thought that TGD was going to really champion great dancers and introduce audiences to new styles of dance overlooked the fact that it’s a Simon Cowell-created slice of Saturday night entertainment.

The great controversy of the opening episode was down to the fact that it’s the audience and not the judges who vote the acts through to the next round, meaning that a gold-waistcoated uber-fan of Cheryl got through, perhaps because everyone wanted to see him meet his idol. While the Russian-trained ballet dancer Yassaui Mergaliyev, who reeled off barrel turns and pirouettes, did not. Mergaliyev may not have been the most charismatic dancer, but he was by far the most technically accomplished on the show.

On top of personalities and stories, it seems the public like acts that give a clear indication of how you’re supposed to react to them. So the rather average “comic” street dancers, or the gymnastically impressive girl doing the kind of emotive contemporary dance that you only ever see on TV (remember the “cancer dance” from SYTYCD?), get the vote because they’re telling you how to respond, but an abstract ballet variation? Not everyone knows what to do with that.

Part of the success of Strictly is down to the fact that it’s not afraid of talking technically about dance. So as the series goes on, the audience learns about bevels and chassés and heel leads as the celebs do. The more you watch, the more you get out of it, and you’re not relying on cheap tricks or the tugging of heartstrings to keep your attention. Maybe we’ll get some of that when “dance captains” Oti Mabuse, Matthew Morrison and Cheryl take over coaching their acts.

And yet, sometimes technique is irrelevant. There’s no doubt the highlight of the The Greatest Dancer was the final act. Andrew, a 21-year-old with Down’s Syndrome, danced with so much joy that everyone was in tears (myself included) and it was a wonderful demonstration of what dance can do.

Flirty Dancing is a wholly different show but it shares some of that joy of Andrew’s dance. The first episode includes two guys bopping through an empty Tate Britain, bright eyed and grinning, and it’s about amateurs having fun in a sweetly awkward shared endeavour. It’s a show that’s about that first moment of meeting someone, with no chat, just sensing them and reading their body language. For all the telly formatting and its contrived nature, Flirty Dancing is actually about something very pure: dance as wordless connection and communication, unmediated. And the programme trusts that dance can do that, in a way that The Greatest Dancer does not. 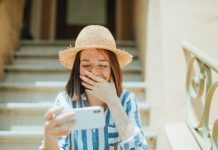 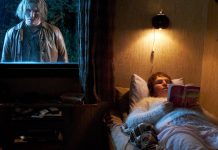 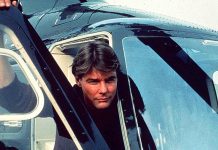 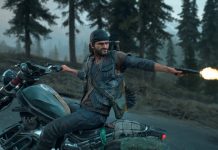 Days Gone and Last of Us 2: the video games predicting the end of the world 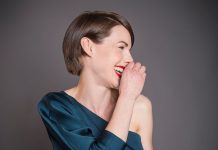 Interview Jessica Raine: ‘My school careers adviser told me I could be a secretary’ 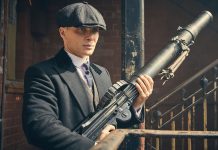 Tennis’s attention should be on Andreescu’s exploits, not boardroom coups

Fintech Marketers – How To Improve Your Marketing ROI In 3...

Finance Emily Willis - December 18, 2021
0
We use cookies to ensure that we give you the best experience on our website. If you continue to use this site we will assume that you are happy with it.OkPrivacy policy